Granite City Electric Supply Co., which calls itself the largest independent electrical distributor in New England, is opening a branch office in Albany early next year as part of a strategy to expand further into upstate New York. 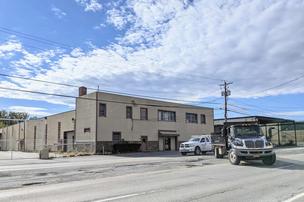 Granite City already serves electrical contractors in the area through its distribution network, but this will be its first physical location in the region, and first in New York.
"We've had success with some existing contractors that we're already doing business with," said Tom Tate , vice president, marketing. "They've been asking us for several years: Will you open a branch? It was just a natural progression from our existing locations."

Granite City offers overnight shipping with guaranteed 6 a.m. Monday to Friday delivery for commercial orders placed by 5 p.m. the day before. The service, known as "night train" in the industry, is also offered by some other suppliers.

The service will initially be available to electrical contractors within 20- to 25-mile radius of Albany.

The headline and subheader tells us what you're offering, and the form header closes the deal. Over here you can explain why your offer is so great it's worth filling out a form for.

Official Distributor of electrical supplies to the Boston Red Sox

Official Distributor of electric supplies to the Boston Red Sox